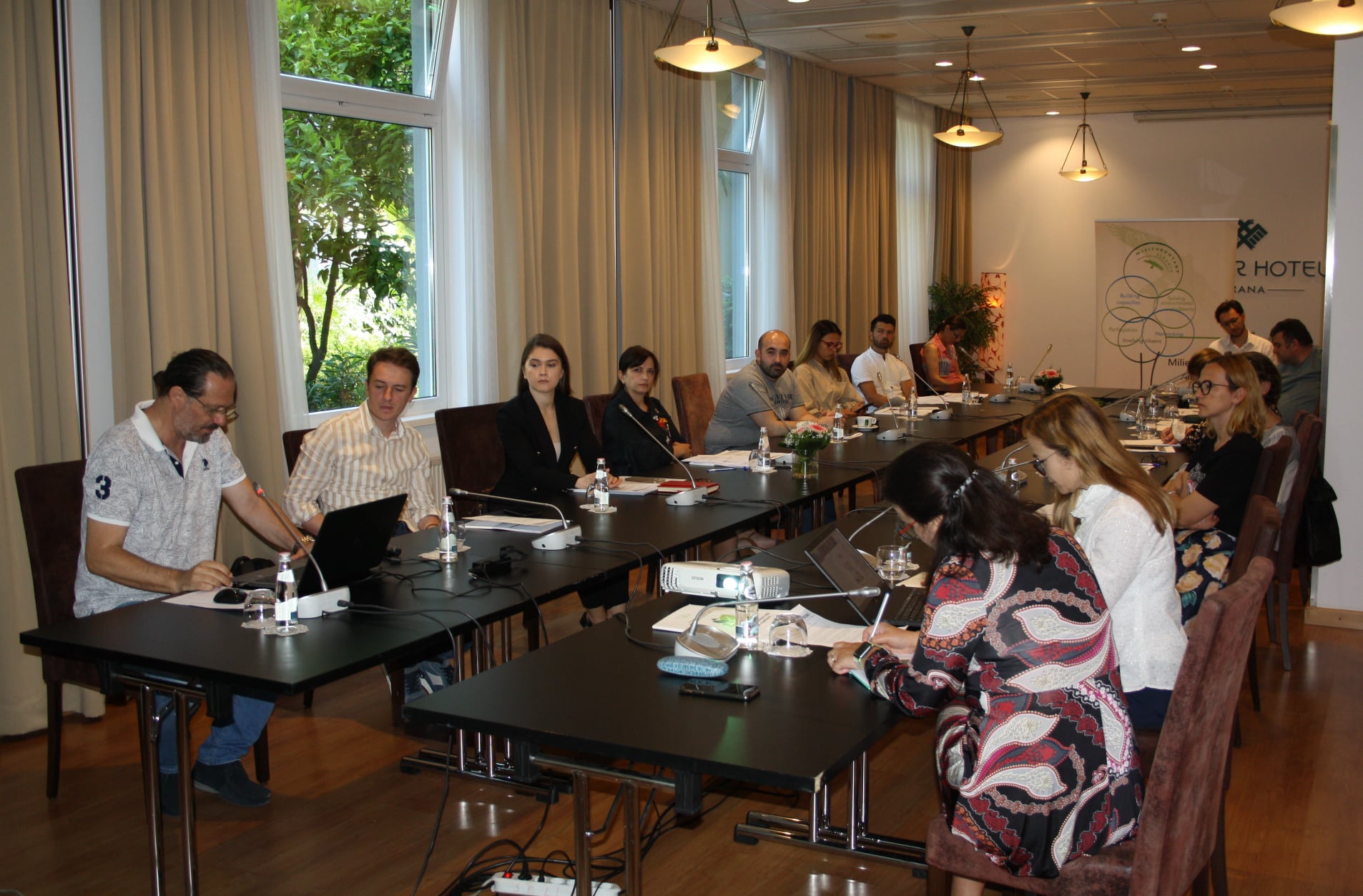 In 2018, the Clean Energy Package of the European Commission recognizes the right of the local communities and citizens to play an active role in the energy sector calling/naming “Energy Community”.

Where does it stand Albania in this regard?

The study prepared by Milieukontakt and presented at the national meeting on June 9, 2021, emphasizes that in our country the concept of energy community is non existing concept and requires time to be introduced and then embraced by people. Albania already has an Energy National Strategy which highlights various targets related to minimizing network losses, increasing primary resources, saving, reducing GHG or increasing RES to 42% in 2030. Although we have taken steps forward in drafting legal packages in the field of energy by transposing key directives, the concept ‘energy community’ is missing in national legislation. In the energy sector legislation we talk about ‘self-producers’ but there is no any sort of financial incentive or regulation to support the energy community.

The main purpose of the national meeting was to inform the public about the regulatory framework of Renewable Energy Sources, the main actors and the interconnection between them and finding the best ways for the citizens’ engagement in energy community. The meeting was attended by representatives from the Ministry of Infrastructure and Energy, the National Agency of Natural Resources, the Energy Efficiency Agency, representatives from the Municipality of Tirana and Shkodra, NGOs and experts of the field. Discussions were focused on current national policies on the energy and renewable energy sector, as well as on opportunities for implementing Energy Communities in Albania and identifying successful business models for overcoming obstacles and challenges.

Mrs. Klodiana Bici, from the Directorate of Co-owned Buildings in the Municipality of Tirana presented the successful models and mechanisms used by the municipality for involving citizens and addressing problems deriving from co-ownership and cultivating the mentality of cooperation. The projects that the municipality supported within the Community Fund Initiative (50/50) in 90% of cases are projects for energy conservation and thermal insulation/renovation, which confirms the sensitivity of the issue.

Katerina Marku, expert near Energy Efficiency Agency (EEA) presented few projects that are under implementation by this agency. Only households in Korca uses 100,000 m3 of wood for heating purposes, causing health and environmental problems due to CO2 emissions in the air. EEA is preparing a feasibility study for setting up a heating system to exclude the use of timber as the first step in addressing the problem. Other pilot projects are on smart urban lighting, fast charging, intercity urban transport, efficiency of drinking water plants and wastewater treatment. The future is electric, so the infrastructure must be adequate.

Mrs. Kristina Andre, Board member German Citizen Energy Alliance BBEn, and Co-chair of IRENA Citizen Energy WG, presented the German experience in terms of community development and effective ways that the community can benefit through investments in renewable energy. The Alliance of Energy Communities in Germany numbers around 500,000 citizens using, producing and consuming electricity from renewable sources, accounting for 20% of the energy produced in the well industrialized Germany. If the energy needs in Albania are calculated as 5 TWh and the three-fold coefficient is used, then we should talk about an installation capacity of 100-150 GWp or 35 m2 PV per person. Definitely a mix of solar energy with that of wind and near the place of exploitation would be a good development opportunity. Involvement and education of citizens is essential if we want these initiatives to be implemented– said Mrs. Andre.

Mr. Rodon Miraj, advisor near the Minister of Infrastructure and Energy, responsible for reform issues in the electricity sector and renewable energy assessed as unique the study because for the first time three aspects are taken into consideration, such as energy, gender and social aspects. He stressed that the Renewable Energy Directive 2001-2018, transposed by the Albanian government, elaborates in detail how self-production of the energy is regulated. Within 2021, the law on renewable energy will be revised, improvements will be in terms of energy consumption, but not changes related to ‘energy community’. Albania is not yet part of EU and directives are not mandatory. According to Mr. Miraj, the law does not prevent energy producers from creating, cooperating and producing renewable energy for their needs, but in case they use the existing network to sell energy there, the issue is complicated by the fact that the electricity network requires a balance of energy production with consumption. If there is a dis balance, technical problems with voltage, frequency, etc. are caused. Renewable energy is not continous and as such in countries like Albania a good system balance is a must. However, public institutions that use energy during the day are a very good place to pilot for the placement of PV panels to continuously produce and consume energy, without burdening the grid to exchange energy.

Energy Communities operate in compliance with the seven principles of cooperation set out in the International Cooperation Alliance (IAA). The principles are:

The EUCENA project will inform and engage citizens to start energy projects as well as support the topics of energy transition and the creation of energy communities in Albania based on the experiences of European countries. Very soon, the project will launch an open online course, in the MOOC system, with information and knowledge for both beginners and advanced knowledge citizens on energy and renewable resources.

This activity is realized within the project European Academy of Energy, “EUCENA” supported by the program “EUKI” – European Climate Initiative of the Federal Ministry of Environment, Nature Protection and Nuclear Safety in Germany.