“Tirana Go Solar” was an activity that took place in end July and that was conceived as a summer cinema, which supplied its main projection equipment with solar energy. In the promises of “The Cloud” (alb. Reja) the organization Milieukontakt Albania, the main organizer of this activity, gathered representatives of different groups: youth, environmental experts, representatives of the Municipality of Tirana and citizens of different ages. The summer cinema was realized within the scope of the project EUCENA (European Citizen Energy Academy), which is supported by the project EUKI (The European Climate Initiative) of the German Federal Ministry for Economic Affairs and Climate Action in partnership with the Municipality of Tirana, as an integral part of Tirana European Youth City 2022. 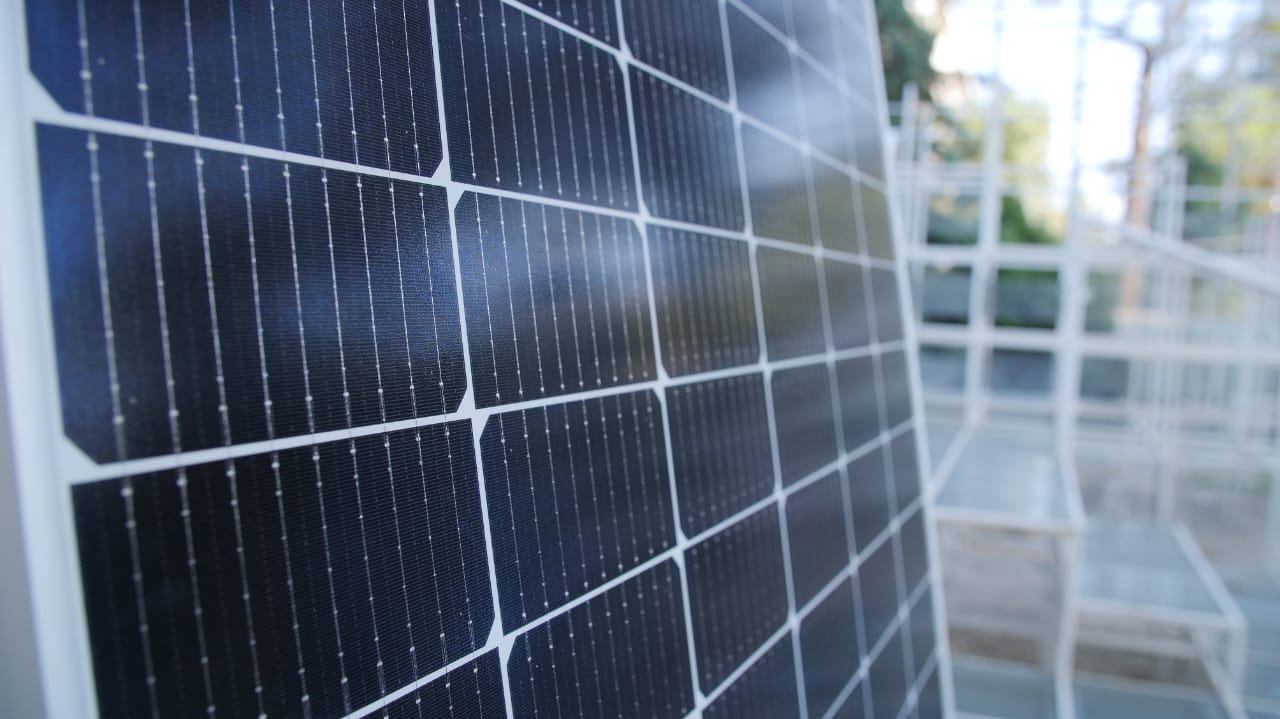 The activity started with the welcoming speech of the Executive Director of Milieukontakt Albania, Mrs. Valbona Mazreku, briefly presenting the initiative; how it was born and developed over time. The solar summer cinema aim was to inform the participants about renewable energy, promoting its use and general concept as an energy alternative, which brings significant benefits to society and citizens as a whole; where one of the benefits is the minimization of environmental degradation. How was the idea of the solar-powered summer cinema realized? 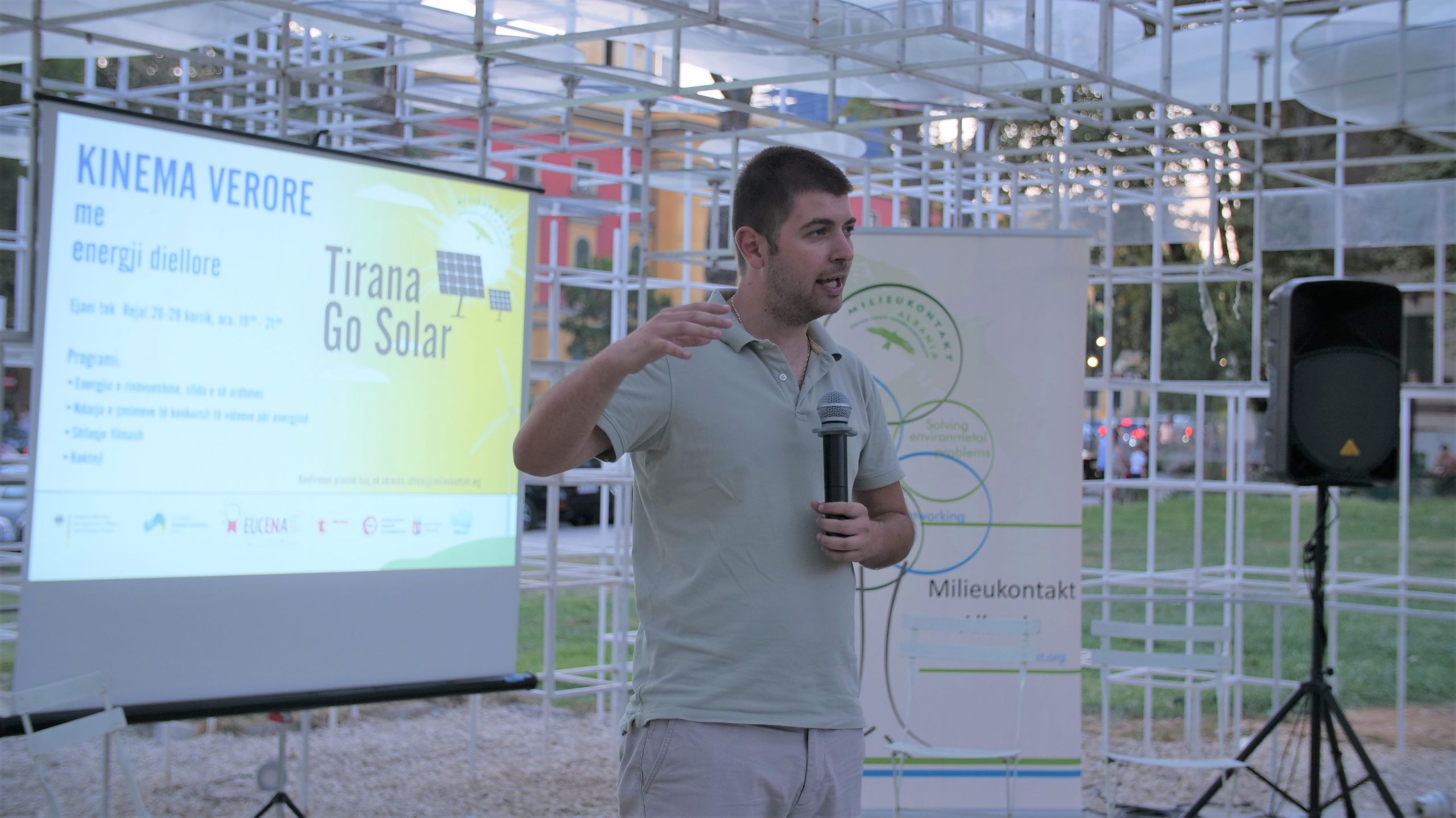 The energy needed to operate the laptop and the projector was produced through two photovoltaic panels with a capacity of 1.5 KWp, which were installed in the open space. The energy collected during the day was accumulated in battery and then used during the evening to show the films, thus making the process of how energy is obtained from the sun tangible for the viewers. Many of those present appreciated the process, as not everyone had previously had the opportunity to see the production of energy from solar panels up close.

An essential part of the cinema was also the video competition, during which young people aged 16-26 have prepared informative and awareness raising videos for the community and their approach to renewable energy and energy efficiency, the positive impacts they have on climate change, which is the current challenge of many countries and not only Albania. The videos were prepared according to the required criteria, through which the young people had conveyed the message very well: renewable energy is the energy source of the future, the growth and access to it is of great and indisputable importance! 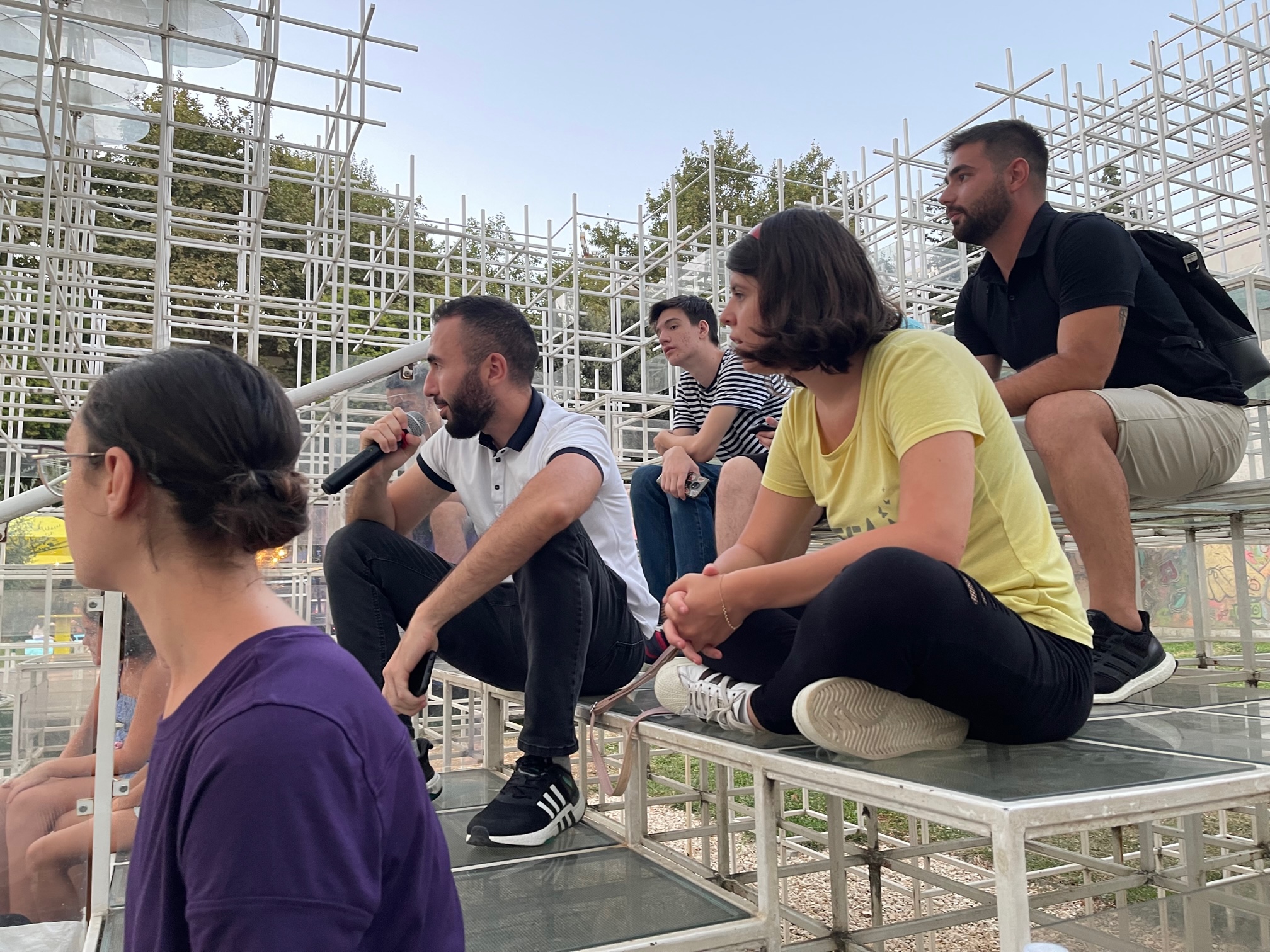 To select the best videos, a jury, whose members were representatives from civil society/youth affairs, energy experts and filmmakers/authors, evaluated the best videos with the following awards:  The Most Creative Video,  The Most Innovative Video, The Most Informative and Awareness-raising Video, The Best Documentary. The members of the jury, present throughout the activity, expressed their impressions and evaluations not only for the videos and the qualities of each of them, but also for the attention that should be paid to such topics and activities. Also, the five young people, the winners of the best videos, showed the process of preparing the videos, once again highlighting the messages they want to convey to the whole community through their videos. Prizes were distributed to the winners, as well as certificates to all participants. 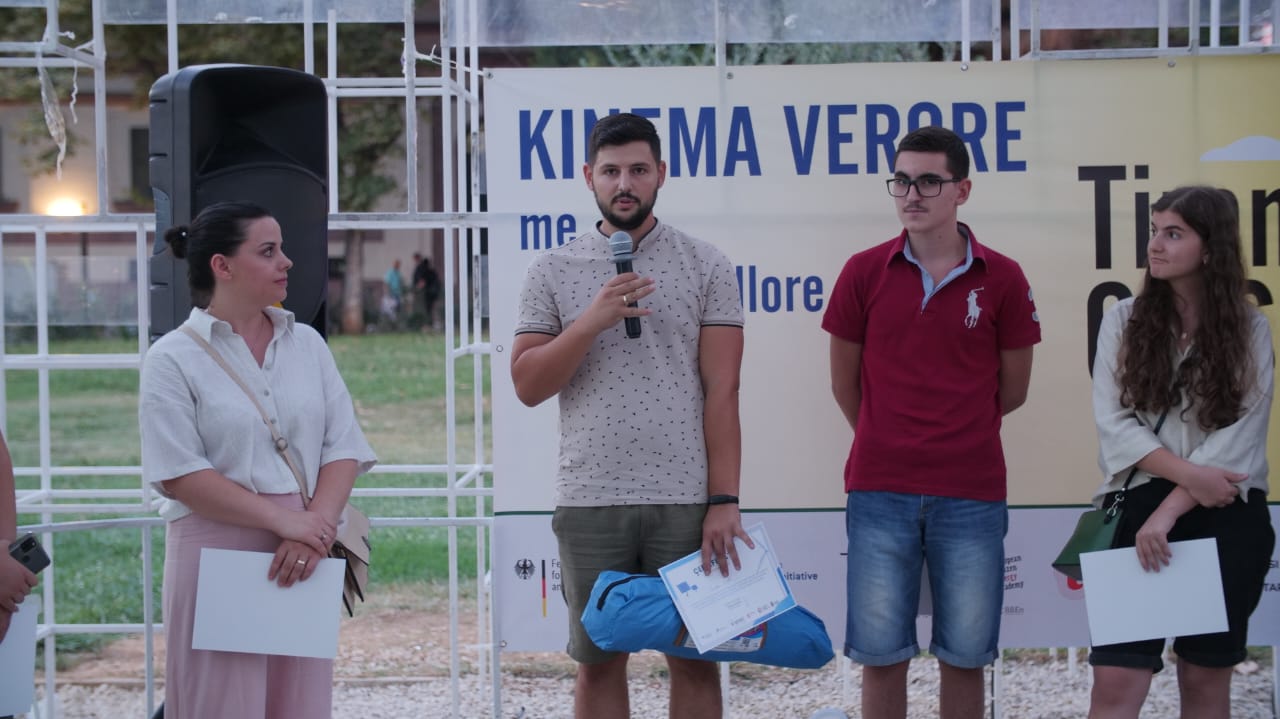 The following two days, the summer cinema showed short videos prepared by Albanian CSOs on their pilot interventions in the installation of photovoltaic panels throughout Albania, as well as the developments in the field of renewable energy at a european level, stimulating and bringing an interesting discussion among the attendees; on the recognition, use and attention paid to renewable energy and energy efficiency in the country, the impact that climate change has on Albania and the region. After the discussions, viewers watched videos from the MOOC About Us | EUCENA (citizenenergy.academy) platform, which showed how renewable energy at a european level is being given due attention, as the importance and benefits that come from it in the medium and long term are already understood. Energy communities are one of the main mechanisms of energy democratization and sustainable models for clean energy production. 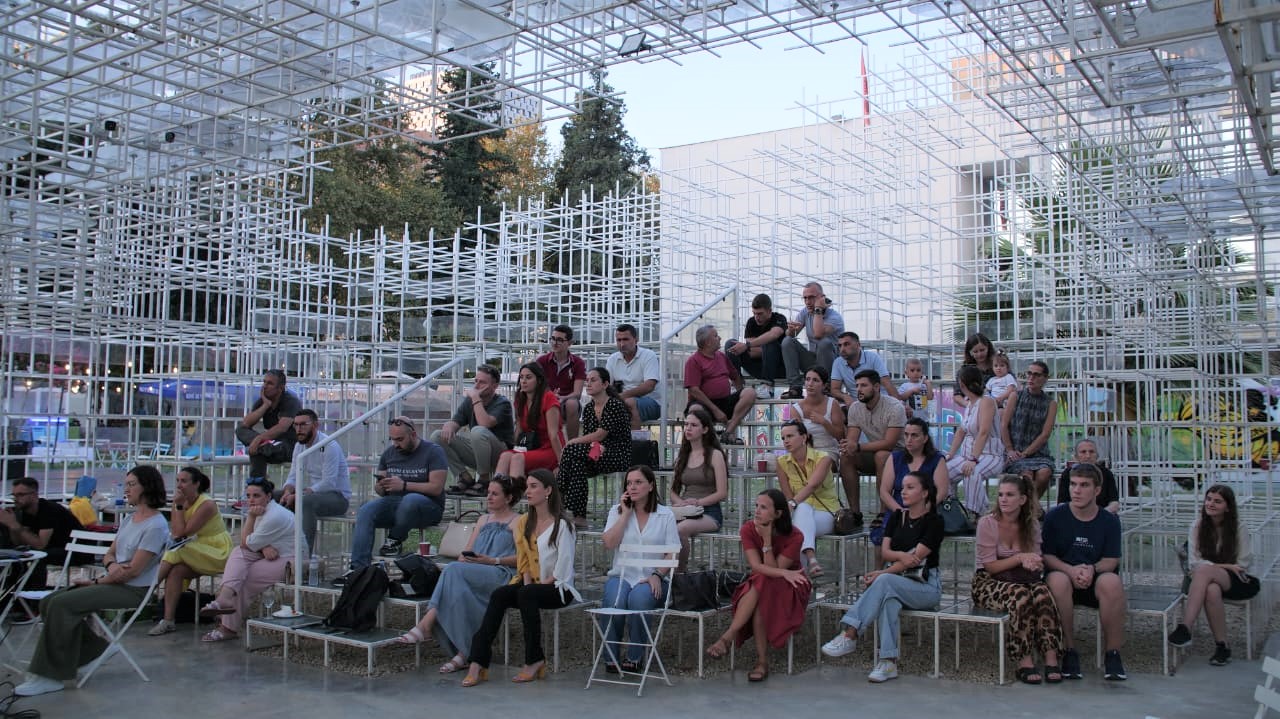 Seen at a macro level, various countries and their citizens are “embracing” renewable energy as a way to reduce electricity costs and fill the need for fuel that has been created by a number of factors such as: the reduction of fuels and their increasing costs. It cannot be said that renewable energy will replace electricity to 100%, but it can create energy safety, which is much needed in all countries around the world.