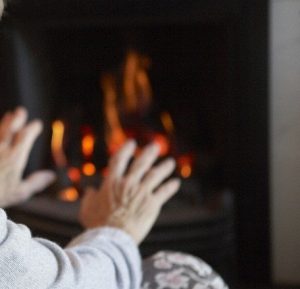 In a 2015 article, according to The Guardian newspaper, interest in Albania has grown, as a place where it can be invested in renewable energy. A country with an annual average of 300 sunny days, abundant water wealth and wind power along the Adriatic coastline. These are the data that international experts have referred to, as they have rated the country fifth on the list of countries with significant potential for clean and renewable energy.

Although there is a decrease in energy production for the first quarter of 2019, its consumption by consumers has increased by 2.8%, reaching the value of 1.56 billion kilowatts from 1.52 billion that was in the same period of 2018. The major impact on increase in the use of electricity has been given by household customers, who pay 9.5 ALL per kWh since January 2015.

The sustainability, and more specific the energy security, is one of the elements that the Albanian government is increasingly being criticized by the international community. 99% of energy is provided by HPPs, which makes the economy vulnerable to rainfall and climate change. Added to this is the growing need for energy, the lack of efficiency in the use of energy and the lack of policy interventions.

The National Energy Strategy for the period 2018-2025, which is reviewed every three years, has forecast for 2020 energy efficiency target at 6.8% and for 2025 at 10%. To achieve energy savings in apartments throughout the territory of Albania, investments of 1,170,000 Euros must be made. According to the Energy Efficiency Information Center, dwellings account for 22% of energy savings compared to other components such as businesses, private and public institutions, agriculture, livestock, etc. The investments made will come from various financial sources such as: the state budget, various donors, private actors or various bank loans with bank interests for this purpose.

Energy efficiency is a concept that applicable to the middle and affluent strata of society. If we refer to families with low economic income (5,284 lekë is the economic aid given to a family per month) an average of 2,500-3,000 lekë per month is spent for the energy they have to pay. A World Bank study (Report on Guidelines for the Energy Sector in the Western Balkans, June 2018) estimates that: “Families with a single retired head of household, not always poorer in terms of income, are at risk after spending good share of money for energy (7.7%) and the chance of falling into the category of customer in need is 23%. Family members benefiting from unemployment, families with children or single parents, families with female heads of households, spend energy more than one percent of the national average. As a result, they pose a risk of becoming part of “energy poverty” group. Financial programs and mechanisms to subsidize energy often do not support these groups in need and face challenges during implementation.

Today, when there is still no a well-defined social category from a legal point of view, it is difficult to determine whether or not a family is in energy poverty. In the law on energy there is only the concept “Customer in need” (a family client, who, due to the social situation, enjoys certain special rights regarding the supply of electricity, provided in exceptional cases, according to the provisions of this law).

In the current conditions many more families should benefit from the status of the client in need, as: the increase in the price of electricity is higher compared to the increase in income, the inability to provide energy at a lower price. Although social programs are designed, special attention is not paid to women, or elements that would particularly enliven any support or empower are not included.

How and to what extent can these families benefit from energy efficiency investments? Beyond the city centers, on the outskirts where the necessary conditions of daily life such as, hot water in the sink, shower and washing machine are “luxury”. In the city suburbs, or in rural areas, there can be still found buildings with concrete blocks, covered with eternite roofs (material that has been used for covering mainly warehouses or stables before the 1990s) and doors and windows that are more damaging than working. How can this special group of society be helped when they face different problems in their homes, and not to talk about thermal insulation investments, double glazed windows, installation of solar panels, or the use of A +++ electrical appliances for energy saving?! Saving itself is a concept that cannot be implemented by low-income households on the outskirts of cities and rural areas, objectively and financially. This is modern misery!