The Albanian energy system is in transition and it calls for the participation of citizens! 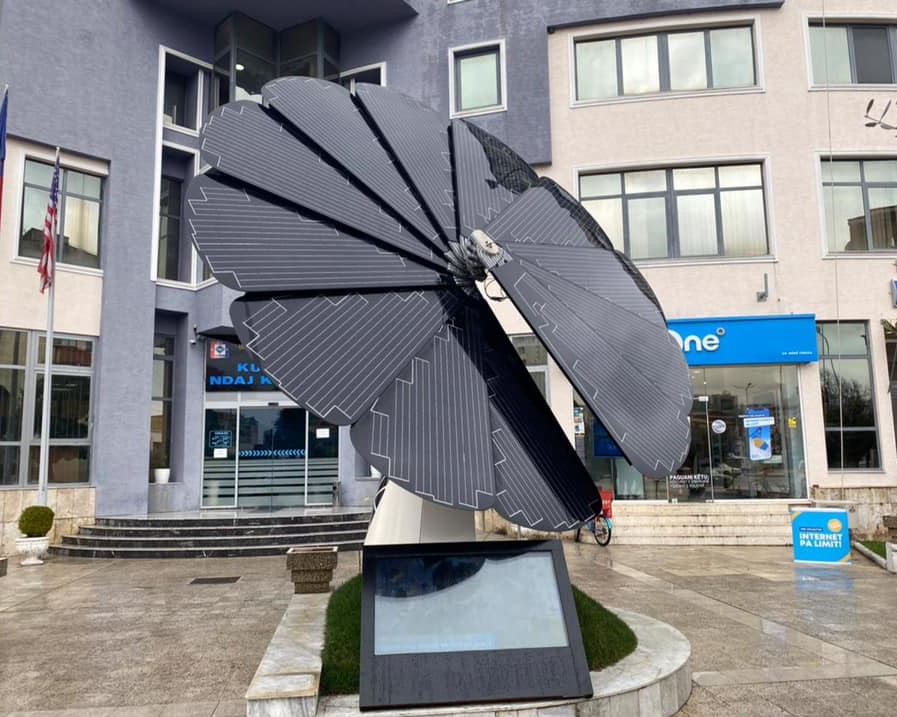 According to Eurostat data from 2016, Albania ranks third in Europe, after Norway and Island, for production of Electricity from water sources, up to 86% of the total production. Energy consumption in Albania is based on the electricity production from Hydropower Plants (HPPs), which are the most important source for Albania, because wind and solar energy are still sources not widely used in the country. The actual challenge of the country, according to specialists from the Ministry of Infrastructure and Energy is the increase of the RE capacity at 42% of gross final energy consumption(2020-2030) by liberalising the energy market and diversifying its sources. Private interest to produce energy from RES (sun and wind) has changed, and recently requests from businesses and investors to invest in photovoltaic parks has increased for example Karavasta photovoltaic park, as the biggest park for the Balkans, or even the 11 permits issued by the MIE for the construction of other photovoltaic parks in Albania.

Given the changes on the energy sector, in both infrastructure as well as management, the attention goes to the consumer and citizens energy communities. How much are they represented and included? To what extent are consumer interests generally protected? Citizens Energy Community is a new concept for Albania, and this is a fact that has been accepted also from the representatives of the respective ministry and the Energy Efficiency Agency. In a meeting held between experts of the project European Citizen Energy Academy (EUCENA) and representatives of the Agency, it has been declared that the Agency is responsible for improving and promoting energy efficiency throughout the energy cycle in all sectors and economic zones of the country, a trend that is followed up by the MIE, certifying energy auditors, who will offer service to interested actors. Naturally, a question that arises is  is energy auditing for a certain target or all citizens of the country? After the business audit, the business, household, or the entity should take measures and make the necessary investments to improve the conditions and infrastructure of the building or process in the industry. This will result in energy efficiency and reduction of the financial costs paid for the consumed energy.

The energy transition, happening in the country, must include energy communities, a process that is well-functioning in developed countries as, for example, in Germany, Spain, the Netherlands, Greece, etc. In December 2018, entered into power the Renewable Energy Resources Directive, as part of the Clean Energy Package for EU countries, which aims to keep EU as a world leader on RES and to help the EU to meet its commitments to reduce  GHG emission under the Paris Agreement. This directive has been supported and approached, for few years, by Community Energy groups in Europe. Germany has about 1750 community energy groups, Denmark 700, the Netherlands 500, UK 431, Sweden 200, France 70, Belgium 34, Poland 34 and Spain 33 (according to data from JRC Science for Policy Report – “Energy Community: a presentation on Energy and Social Innovation, year 2020). These countries have supported Energy communities , because of the main principles they have: voluntary and open membership, democratic control, autonomy and independence, information and capacity building, cooperation between cooperatives. This  support has increased the interest of European citizens to join such groups. Energy Communities are starting in Albania too.

The EUCENA project  where Milieukontakt Albania is in partnership with Rescop.eu, WECF, BBEn and Electra Energy aims to conduct a thorough analysis of the existing legal and regulatory framework and on the different opportunities and approaches of different stakeholders (citizens, public institutions, businesses, domestic and international donors) regarding citizens energy communities. As a new concept, experts from the field in close cooperation with partners will offer know-how in the first stages of the development of the energy communities. These communities will then be able and skilful to engage and become part of the energy transition, adapting to the energy market and developing constantly their social and cultural capacities.